The Best Gift for the Smoker in Your Life 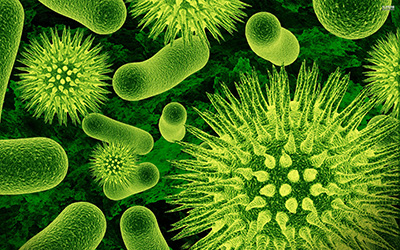 There Are More Than Just Carcinogens in Cigarettes – There's Bacteria

We all know that tobacco when burned creates harmful carcinogens, but now there is also evidence that tobacco cigarettes contain bacteria; and lots of it! Fifteen different classes of bacteria as well as a wide range of potentially pathogenic organisms were discovered. This health news story comes from a study published in the journal, Environmental Health Perspectives.

What about cigarette production health quality control? One would assume factory workers at the Phillip Morris company wear white sanitized uniforms, gloves and hats and that the machinery is properly washed and decontaminated daily. Not so. They do make sure everything is measured, rolled and boxed perfectly, but aside from those aesthetic, cost effective methods, something is slipping through the cracks. It appears to be hundreds of species of bacteria.

You would think that the FDA would take action, but it seems they are too busy promoting the evils of electronic cigarettes which is now known by experts to be is a better alternative to smoking tobacco.

Another Study Backs Up the Bacteria in Cigarettes News

There have not been many studies investigating the roles smoking has in illnesses such as colds, flu and pneumonia. Another study by University of Maryland environmental health researcher and microbial ecologists at the Ecole Centrale de Lyon in France issued the following statement:

“Cigarettes themselves could be the direct source of exposure to a wide array of potentially pathogenic microbes among smokers and other people exposed to secondhand smoke.”

The study goes on to say that the researchers were “surprised” at their findings. We may one day look at all this in horror, wondering whatever possessed us to allow such a product to be sold and marketed.

That all that is changing. The electronic cigarette, is as close to the “real thing” as it could be; without  tobacco, tar, flame or smoke…or harmful bacteria.

Despite failed attempts by the FDA, the American Tobacco Association and other special interest groups (some of which would surprise you), the public is beginning to recognize the fact that the electronic cigarette are 95% safer than smoking tobacco cigarettes.

There are lots of electronic cigarettes on the market, and practically all are sold on-line. If you are looking for a smarter alternative to smoking tobacco, I suggest you try out several brands. If your wallet doesn’t allow you to do so, pick one that has a good reputation, one that offers different levels of nicotine in the filters and gives you a quick replacement if your product has any problems. If you also want a wide flavor variety, both and Vaporfi and have an outstanding assortment and they also have quality controlled products.

What Brands of Electronic Cigarettes Have Exploding E-Cigarette Batteries?

Where to Buy the Safest E-Cigarettes