You Are Here: Cloud Nine E-Cig Reviews » Health » Why Do So Many Kids Smoke Cigarettes Today?

How To Smoke An E-Cigarette in Public 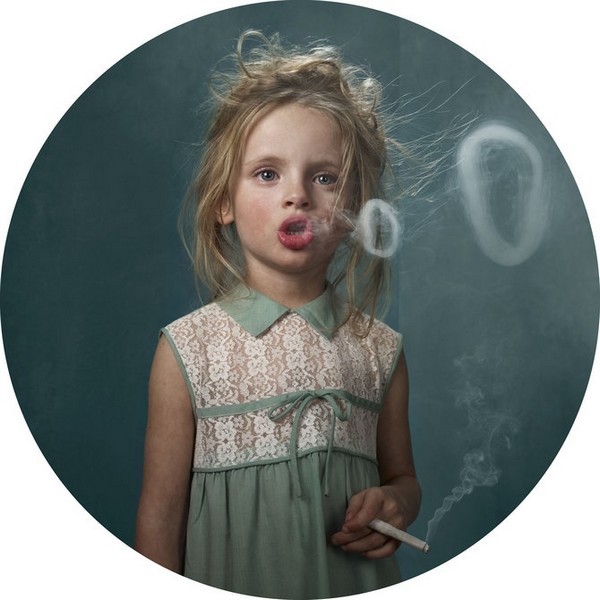 With all the negative publicity and social stigma aimed at smokers today, it's a wonder why so many kids choose to start smoking cigarettes….but they do.

According to a report released by Surgeon General Dr. Regina Benjamin, more than 3.6 million kids smoke. What’s more, about three out of four high school smokers continue to smoke into adulthood.

Even though cigarette ads are restricted in many countries, in 2008, the tobacco industry spent $9.94 billion on cigarette advertising and promotional expenses in the United States alone.

Even more shameful, in 2010, the tobacco industry spent $16.6 million on lobbyists to represent the industry to Congress – set on destroying any possible competition such as electronic cigarettes.

It's no wonder why so many young people choose to smoke. You would think they’d at least start off with e-cigarettes, but that’s discouraged by just about everyone.

Being A Responsible Adult

You may ask, “Why is Cloud Nine interested in these statistics when our site promotes e-cigarette products that are not intended for minors?”

We’re not suggesting that kids take up e-cigarettes. We’re saying that children who grow up in households where parents smoke, are likely candidates to become smokers themselves.

As long as we’re bringing up safety studies, here’s one more.

According to as study conducted by the Seattle Social Development Project, which is supported by the National Institute on Drug Abuse, children whose parents smoke are twice as likely to begin smoking between the ages of 13 and 21.

“The evidence is clear from this study that if parents don't want their children to start smoking, it is important for them to stop or reduce their own smoking”.

Children do learn from their parent’s behavior, and it’s not enough for a parent tell a child that smoking is bad for you. Parents who smoke need to set a better example by quitting tobacco cigarettes or at least by using non-tobacco, nicotine-free alternatives that puts words into action.

If you are a parent who is also a smoker, it’s time to wake up to the fact that your children are twice as likely to begin smoking. If you’re concerned by these statistics and want to send a more powerful message to your children that tobacco is a harmful, unpleasant habit, we hope you will consider the alternatives.

IMPORTANT:
Tobacco use is the leading preventable cause of death in the United States, accounting for about 440,000 deaths annually, according to the Centers for Disease Control and Prevention.

Latest Statistics on US High School Cigarette and E-Cigarette Use

As more adults switch from vaping to smoking, statistics show that youth smoking is taking the same path. 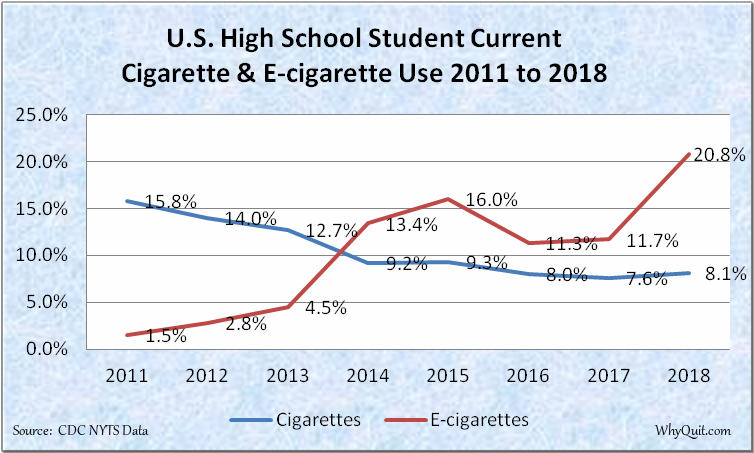 Many, including all of us at Cloud Nine agree that e-cigarettes are a smoking alternative for adults. Should we be alarmed by the above statistics? Experts in the field of Tobacco Harm Reduction believe it is important to take a very close look at the facts.