You Are Here: Cloud Nine E-Cig Reviews » About E-Cigarettes » Minors Vaping – Is It Legal Even Without Nicotine?

Which is Safer – Vaping Products or Heat-Not-Burn Products?

Minors Vaping – Is It Legal Even Without Nicotine? 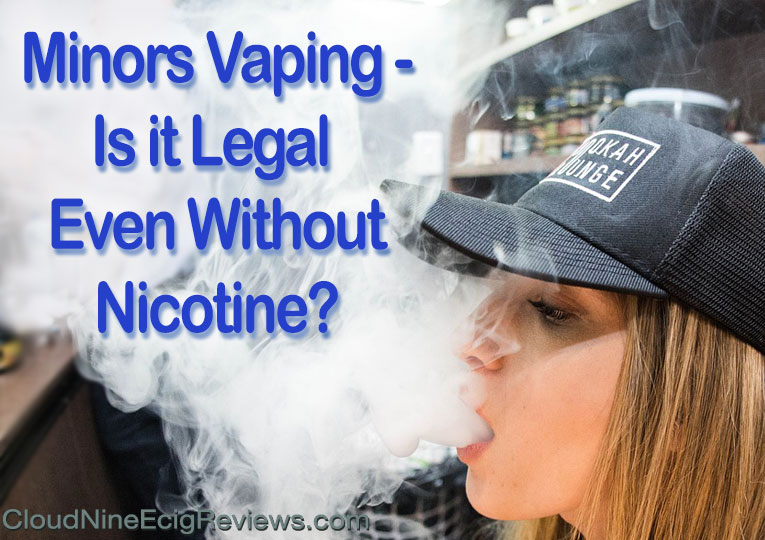 It is Legal For Minors to Vape E-Cigarettes Even Without Nicotine?

I was recently asked whether it was legal for a person under the age of 18 to vape, even though the e-liquid had zero nicotine.

Actually, the question has two equally important parts to address. Is it legal for a minor to vape e-cigarettes?… and.. Does the absence of nicotine in a vape product make it a “non-tobacco” product?

I’ve compiled answers to those questions, plus a few others that are closely linked to the whole “youth vaping” argument.  Read on for some eye-openers.

Is It Legal for Minors to Vape?

In the United States, it’s perfectly legal for a minor to vape with or without nicotine. Of course, vaping is still prohibited for all ages in many public venues, outside of schools and government buildings and in most restaurants and bars.

What’s illegal is selling vapor products to minors. Fines are most often given to the person who sold the minor a vape product, not the kids using them.

Although it’s still legal for minors to vape, the FDA does not endorse underage vaping; in fact, there have been some cases where overly diligent state officials have confiscated an e-cigarette from a minor. Still, young vapers rarely get locked up or heavily fined for it. That said, your ecig will probably be confiscated if you are caught with a vape product at school. You also risk getting detention. 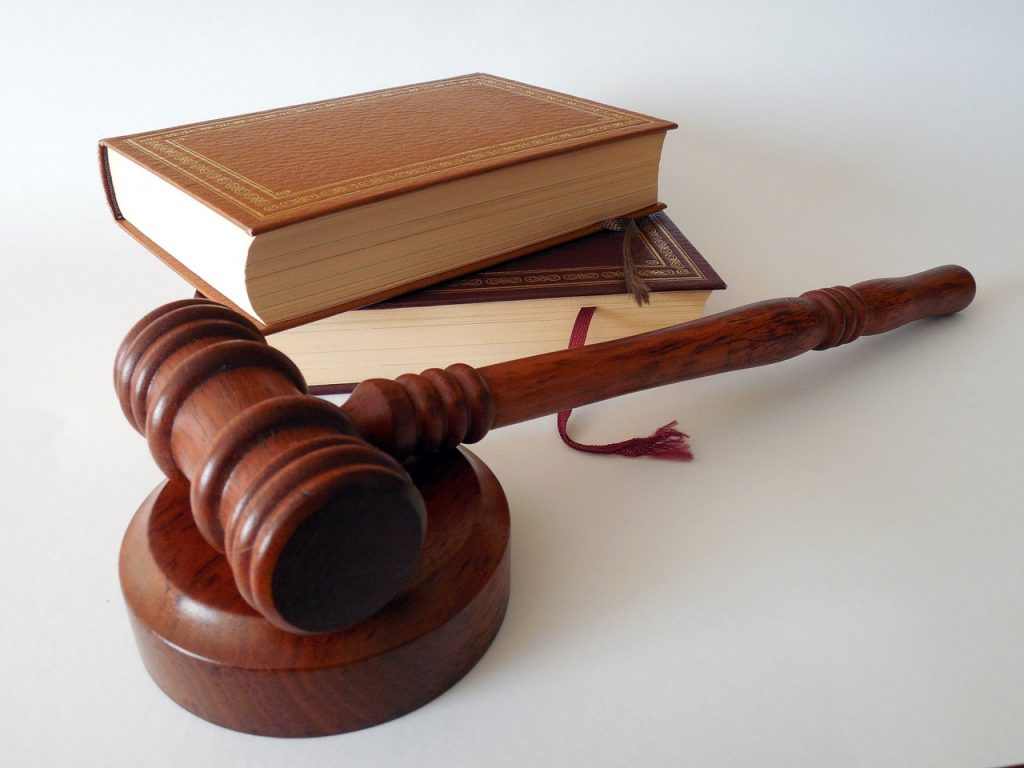 Things may change drastically if a new law – Tobacco 21 (aka T21) gets passed.

T21’s mission is to raise the minimum legal age for tobacco and nicotine sales throughout the U.S. to 21. That means your child is still going to have a tough time buying vape products at the age of 20.

Although the law is aimed at reducing the “terrible toll of smoking and tobacco use”, it is also aimed at low-risk nicotine products such as e-cigarettes. If passed, a young adult trying to quit smoking, won’t be able to buy a product that has been shown to be 95% safer than tobacco cigarettes.

This inane law was created by a professor at Ohio State University, Bob Crane and his one-person organization called Preventing Tobacco Addiction.

Crane’s non-profit company is now funded by tobacco control and corporate health groups who hate any kind of low-risk smoking alternatives. They still believe vaping is a “gateway to smoking” despite the fact that this destructive notion has never been proven. The truth is that statistics are showing a huge decline in teen smoking since vaping has become mainstream.

The Center for Disease Control and Prevention (CDC) estimated the number of middle and high school students who are tobacco users dropped from 4.7 million in 2015 to 3.9 million in 2016.

So What IS the Legal Age for Buying Vape Products in the U.S. ?

The legal age for buying vape products depends on your state laws. When the FDA’s regulations on tobacco products took effect on August 8, 2016, the sale of e-cigarettes to minors was banned and the minimum age to purchase vaping products was set at 18. Yes, this became federal law; however, some states decided not to wait for the law to change. They made the purchasing age even higher.

Alabama, Alaska, and Utah require that the purchaser is at least 19.

You have to be 21 to buy ecigs in California, Hawaii, Maine, Oregon and New Jersey.

Hundreds of small towns and communities now support the yet to be passed Tobacco21 directive and have banned tobacco and vaping sales to people under the age of 21.

It’s interesting to note that you can still buy a rifle or a shotgun at age 18 from a licensed retailer, but there’s no minimum age to purchase a long gun from an unlicensed seller.

Obviously, lawmakers and corporate entities all have their agendas.

Are E-Cigarettes a Non-Tobacco Product If They Do Not Contain Nicotine?

In the U.S. it doesn’t matter whether your e-liquid contains zero nicotine. The FDA considers all vaping products (include hardware) to be tobacco products.

According to the Family Smoking Prevention and Tobacco Control Act, if a product contains any form of tobacco (including nicotine), or is designed to accept a nicotine product, it is considered to be a “tobacco product”.

Unfortunately, the law conveniently makes the sale of vapor products to many young adults seeking a low-risk alternative to smoking impossible.

This law is hotly debated since it’s obvious that there’s no tobacco, nor nicotine in an empty vaporizer. Nor is there any tobacco, or nicotine in zero nicotine e-liquids.

There is also the argument that nicotine, an addictive drug, is just as dangerous as any other “addictive” drug. We’re already seeing proposed legislation to put warning notices on coffee products, as caffeine is on par with the addictive qualities of nicotine.

Standing Up for Unfair Vaping Regulations

The Consumer Advocate for Smoke Free Alternatives Association (CASAA) is one of many organizations that opposes excessively restrictive regulations that are counter-productive to the core principles of tobacco harm reduction. They have stated:

In regard to the proposed Tobacco21 legislation, CASAA believes it’s message is misleading the public to believe low-risk product have the same risks as traditional cigarettes…and what’s more, it’s demeaning to young adults, including minors.

“It treats young adults, who are capable enough to serve in the military, sign contracts, and elect decision-makers to public office, as incapable of making the distinction between risky and less risky behavior.”

Not everyone is ready to join CASAA, or email their elected officials (although CASAA greatly simplifies the process). What you can do is to be aware of the fearmongering that floods news reports in the U.S. There are now scores of scientific studies that show vaping is a healthier alternative to smoking tobacco cigarettes, but those articles are overshadowed by those far more sensational.

Regarding the original question of what’s legal and what is not when it comes to underage vaping, I can only say that if you are a parent who has a teenager who smokes, and you both care about tobacco harm reduction, there’s no reason not to purchase a vape product on their behalf.