You Are Here: Cloud Nine E-Cig Reviews » About E-Cigarettes » How To Smoke An E-Cigarette in Public

How To Smoke An E-Cigarette in Public

Do You Have Vaper-Phobia? You're Not Alone! 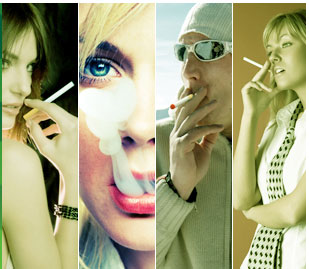 So you're ready to try electronic cigarettes, but there's that nagging issue about smoking your e-cigarette in public. What if someone thinks badly of you?

Will you be chastised? Will they brusquely escort you away from their shop or restaurant?

Probably not; however, it is really unfortunate that anti-smoking activists, self-serving public health officials and all those holier-than-thou members of “I hate smokers” groups just can’t control their outrage and disdain when they discover someone vaping in a public place.

I have vaped in many public spaces successfully, but I also learned that it takes some know-how.

Getting comfortable vaping in public, especially in cities that have e-cig bans in place is not all that easy unless of course you enjoy confrontation. First of all, traditional e-cigarettes look like real cigarettes. That's why they call them “cigalikes”. Even if you're using a pod vape or mod you may get dirty looks. While no smoke is produced, no flame, no tobacco smell and no ash, you do puff on it and you do produce a vapor cloud. That’s what gets the wolves salivating.

Unless you’re really cagey, pretty soon someone will complain that you are polluting the air (which you are not), or breaking the rules (which may be unfair but true). More likely, someone will avoid the actual confrontation, preferring to snitch on you by complaining to the nearest policeman, waiter, maitre’d or airport attendant.

Find out –  Can You Get Away With Smoking An E-Cigarette on an Airplane?

So What Does the Savvy Vaper Do?

Here are some methods that have worked:

Apologize for upsetting the accuser, then say, “I vape because I choose not to smoke toxic cigarettes. Scientific studies have proven that they are at least 95% safer than tobacco cigarettes. I do it for myself, my loved ones and to set an example for those who still smoke”.

You know that the vapor appears only when you take a puff, unlike the smoke that continuously comes from a lit cigarette. Also, it doesn’t travel more than a couple of feet and it dissipates almost immediately. Contrary to sensational news stories, this ecig, does NOT produce any toxic smoke. Studies are now showing that second-hand vapor is harmless…far less harmless than the emissions from that bus that just went by.

You can tell the offended person that even former FDA Commissioner Dr. Scott Gottlieb has said,

We need to provide an alternative for adults who still want to get access to nicotine and electronic nicotine delivery systems of which e-cigarettes are a primary component.

Electronic cigarettes are all about tobacco harm reduction and ecigs have life-altering advantages. Explain that smoking your e-cigarettes in public helps to create product awareness. Subsequently, others may be encouraged to quit smoking a truly toxic product, tobacco cigarettes.

Every once in a while you’ll come across a really tough critic. You know who they are; those sanctimonious individuals who refuse to accept any smoking alternative no matter how innocuous it may be. They take great pleasure in denouncing you as a lawbreaker and maintain the lofty assumption that anything resembling a lit cigarette needs to be banned from public view. Most likely, they read a headline that says e-cigarettes are dangerous or creating an epidemic among children. This reaction is, of course, fueled by the media, but it's deadly for people who choose to avoid learning the true facts, and who continue to smoke because of the “dangers” of e-cigarettes.

Here's what the experts have to say,

Once someone makes a demonstrative statement, especially in public, they are less likely to change their minds because they want to remain consistent. They also may have been making such statements for a long time. If they have made statements over and over again about the dangers of E-cigarettes, you probably will not be able to convince them otherwise, even when they are faced with evidence.

Until there are enough vapers out there to tip the scales, it's likely they will have to tolerate a few ugly stares. A few may even be scolded in public like naughty children.

But take heart, there’s safety in numbers. Join the ranks of responsible vaping ambassadors when vaping in public by keeping it low key, unoffensive, and by spreading the word about e-cigarettes – the smarter alternative to smoking.

There are also ways to protect your right to vape in public spaces.  Voice your demands for the retention of e-cigarette rights.

If you type “electronic cigarette laws” into a Google, Yahoo or Bing search, you’ll find a lot of information, including petitions to sign. You can write to the appropriate lawmakers and show up at city council meetings and argue against any legal restrictions on the use of e-cigarettes.

Vape Friendly Airports that Permit the Use of E Cigarettes

Disclaimer: The information contained in this website is for general information and discussion purposes only. The information is provided by cloudnineecigreviews.com and while we endeavor to keep the information up to date and correct, we make no representations or warranties of any kind, express or implied, about the completeness, accuracy, reliability, suitability or availability with respect to the website or the information, products, services, or related graphics contained on the website for any purpose. Any reliance you place on such information is therefore strictly at your own risk.