You Are Here: Cloud Nine E-Cig Reviews » About E-Cigarettes » Electronic Cigarettes | What To Expect and What Not to Expect

Electronic Cigarettes | What To Expect and What Not to Expect 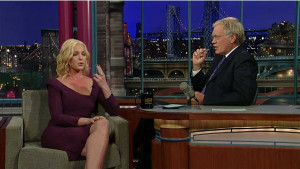 David Letterman and Katherine Heigl Enjoy an Electronic Cigarette. Yes Ecigs have been around that long!

That was just the beginning. Today hundreds of celebrities flaunt their ecigs and millions of people worldwide have switched vaping, but if you want to successfully wean yourself off of tobacco cigarettes we can offer some tips to help you succeed.

First you should know that  E-cig companies still don't promote the product as a “smoking cessation” device because the FDA won't allow it. Several companies are fighting this, because there are now many reports that indicate ecigs help smokers to quit.

Secondly, e-cigarettes are for adults. You now have to admit to your advanced years before you enter an e-cigarette site.

Fourthly – Not all electronic cigarettes perform in the same way. (more on that later).

Fifthly, e-cigarettes may take some getting used to. Why?…, here are some reasons:

2- They do taste different than regular cigarettes, even those that offer tobacco flavored filters.  Most e-cigarettes, offer a variety of different flavored filters including fruit flavors. The flavorings are derived from both natural and FDA approved artificial sources.

3- Inhaling your first e-cigarette may make you cough! It takes a bit of getting used to. Remember your first puff on a cigarette?

Read more on How to Stop Vaper's Cough

4- Similar to tobacco cigarettes, most e-cigarette brands offer a variety of tobacco flavors; however, you will also find most e-cigarette companies offer different levels of nicotine, including zero nicotine and nicotine as high as 5% mg.

5- You have to have the common sense to know when to put your e-cigarette down so you don't vape 24/7.  Since nothing is burning away, you can keep puffing away until the vapor-producing cartridge is depleted. No you won't die or get cancer from nicotine, in fact, recent studies show nicotine is no more harmful than caffeine.

Here's an interesting note: A recent study showed that nicotine addiction levels are actually decreased, not increased, in smokers who have switched to electronic cigarettes.

6- It's best to buy a kit that includes two batteries so there's a spare. Of course you have to remember to charge that second battery so you always have an e-cigarette available. If you don't, you'll be tempted to smoke a tobacco cigarette. It's a good idea to get a car charger as well – and you must use the charger from the same e-cigarette company, or your e-cig can overcharge or explode in rare cases.

Check out the Most Vape Friendly Cities for some good tips.

8- If you are wondering whether you can smoke an e-cigarette on a particular airline, or if you can get away with vaping on a long flight, “Smoking an E-Cigarette on an Airplane” will answer more questions than you probably asked for.

The Big Advantage of Choosing an Electronic Cigarette over Tobacco Cigarettes

E-cigarettes are great if you don't want to smoke indoors at home, in your car, at work or around kids and pets. There is no tobacco, no flame, no smoke (or second-hand smoke) and no smell (so you and your clothes won't smell of tobacco).

You may be interested to know “What are the Hidden Costs of Smoking?”